I’ve been trying to learn Mandarin Chinese for quite a while, following the vocabulary compiled for the HSK (汉语水平考试) tests. As every Chinese learner will surely know, memorising all the characters is a rather daunting task. I often find myself mixing up similarly looking characters (like 牛 and 午 or 手 and 毛).

In order to learn these properly, I need to see them next to eachother, following a more horizontal vocabulary learning strategy nicely described by Hacking Chinese.

To facilitate my learning, I’ve compiled a list of hanzi I wish to study (based on HSK mostly) and ordered them based on similarity, or my own subjective notion of it. Then I wrote a little software tool to generate what I call hanzi grids. A hanzi grid is a study grid or matrix of chinese characters along with (optionally) pinyin and/or words, often coloured according to tone. The tool I wrote enables anyone to generate hanzi grids in all kinds of sizes, also nice for printing on A1/A0 paper and hanging on your wall as a poster and constant study reminder!

The resulting hanzi grid using my confusible ordering looks as shown below. It contains all of HSK 1 to 3 and some characters from higher levels: 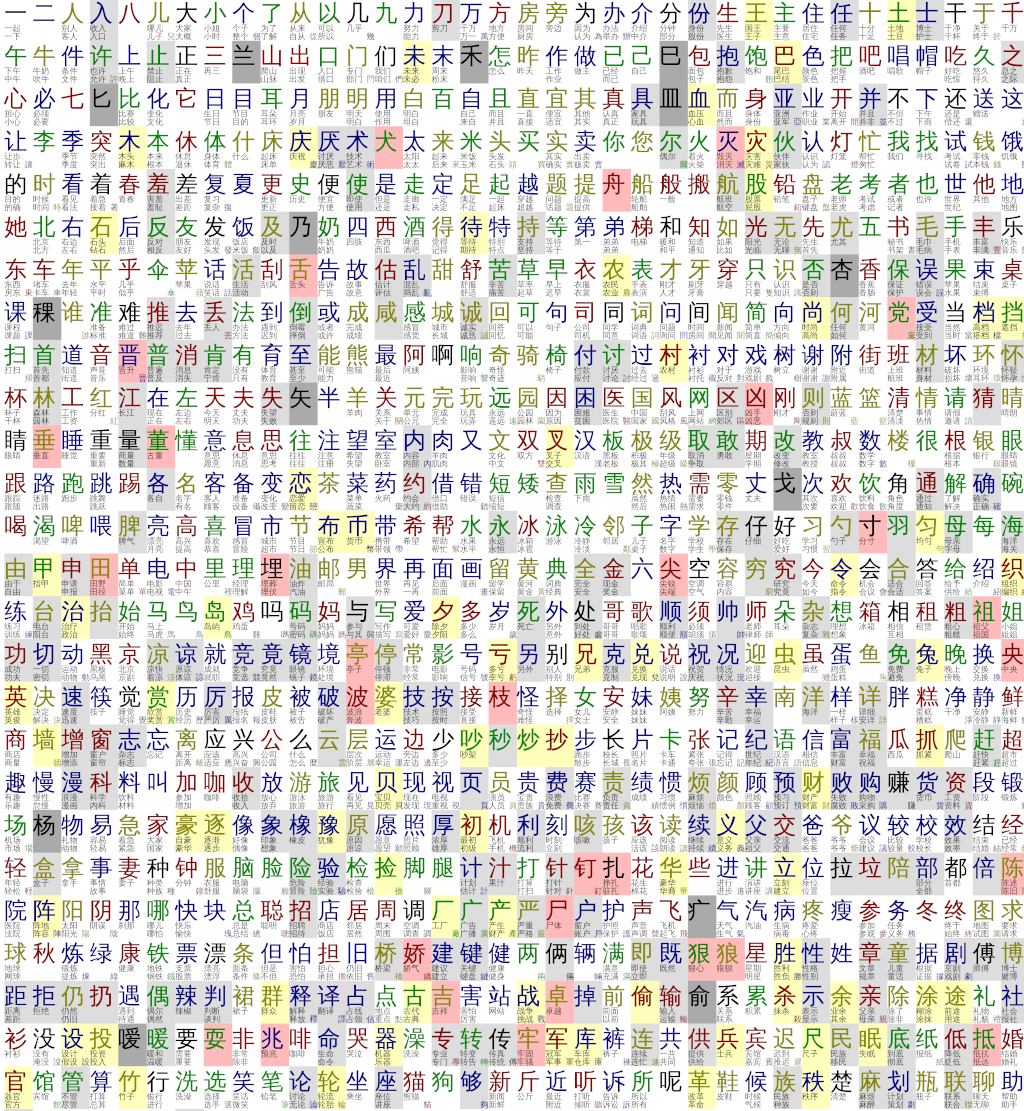 The above is a just an example, you’ll want to use the scalable (SVG) version for printing. The character colours corresponds to the tones (red = first, yellow = second/rising, green = third, blue = fourth/falling, black = neutral or ambiguous), the background colours give an indication of the HSK level, so you can skip the higher levels if you’re not up to it yet. 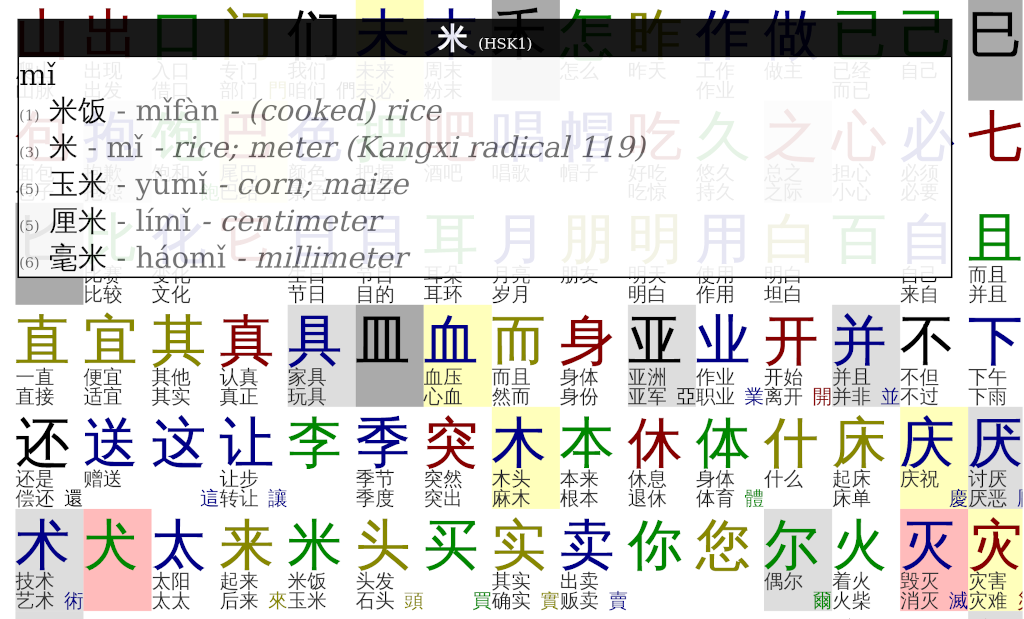 If you’re more interested in a conventional ordering by level or pinyin then that’s possible too:

The tool I wrote allows you to include the pinyin in the grid itself, but I deliberately did not make that the default, as the pinyin is something I need to learn. Traditional characters instead of simplified is also possible.

For the software itself (free & open source!), more readily available grids, and a more detailed explanation, see hanzigrid on github. 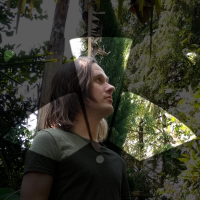